Levitation is a fairly common phenomenon. At least, at my sister Greta’s house. I remember the first time we were surprised by the phenomenon. We were all the family gathered around a table full of delicacies on the occasion of the 23rd wedding anniversary of Greta with a certain Solomon Weisens (who, by the way, has not been seen again since the wedding night) when suddenly uncle Noah began to rise slowly in the air until he lost contact with his chair. Before the amazement of all, he ended up reaching the roof. We thought it was some magic trick (although Uncle Noah had never been a fan of magic, which he used to call an “abominable hoax”) until the poor man started to protest angrily for not being able to reach his plate. Since then, in all our meetings at my sister’s house, the phenomenon has been repeated with different members of the family. Until Greta took the habit of tying a rope to the ankle of each one of us so she could make us descend to the table if necessary.

A small donation for needy children in exchange for this story? Click on this link to UNICEF. I really appreciate it! 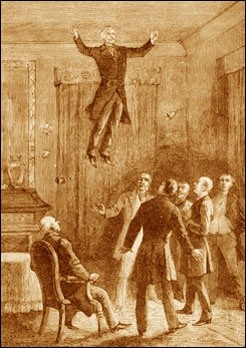